In ancient times, the care of your teeth was just not all that important, especially if you were being chased by a saber-toothed tiger. Survival took front and center in our ancestors’ lives, and needless to say, bothersome teeth were the last of their worries. However, as humans progressed and began to settle down into farming communities and towns, they began to have time for teeth concerns. As humans’ lives settled, and technology progressed, the care of teeth became important.

Century Dental and Seaview Dental are conveniently located to serve you in Jackson and Eatontown respectively. We specialize in general dentistry, cosmetic dentistry, and restorative dentistry, including full dentures, implants, and partial dentures. In this blog post, we’ll take a close look at the history of false teeth, or dentures. Contact us today to schedule an appointment!

THE HISTORY OF FALSE TEETH

The earliest known false teeth were discovered in Mexico that date back to 2500 BC. These are believed to have been made from wolf teeth. Dentures next made a known historical appearance in the land of Italy, where some were found dating back to 700 BC that used gold wire to attach the animal teeth to the human teeth.

Surprisingly, dentures again disappeared from historical record when the trend became to pull teeth that were rotten or that hurt instead of trying to replace them.

Queen Elizabeth I was a victim of this lack of innovation phase in dentistry. She lost most of her teeth due to eating too much sugar, which as a royal, enabled her all she wanted. When you have no teeth, your cheeks sink inward, making it painfully obvious. Queen Elizabeth I stuffed cloth in her mouth when she would make public appearances.

It wasn’t until the Renaissance when the first known examples of wooden dentures were found in Japan. Eventually, other materials began to be used besides wood, such as ivory and animal teeth. Even other people’s teeth were used. They were made by the barber-surgeons (the dentists of the early 18th and 19th century), as well as by goldsmiths.

As sugar became readily available beginning in the 1700s, most people suffered some kind of tooth loss by the age of 50, necessitating the need for better false teeth.

Most students of American history know that our first President, George Washington, wore dentures made of ivory from hippopotamuses and elephants, gold, human teeth, and spiral springs — not wood of legend. The wood legend probably stems from the fact that Washington’s teeth became stained, which would then resemble wood, most likely from drinking too much red wine. You can see his false teeth at his Mount Vernon estate. Washington’s face suffered severely due to his tooth loss, which you can see in some of his portraits. In fact, it is believed that George Washington’s rotting teeth may have partly contributed to his death due to an infection that spread. However, this has never been proven.

At Century Dental and Seaview Dental, we have been creating beautiful smiles for our patients since 1981. The skills, experience, and commitment of our dental team, combined with today’s advanced dental techniques and materials ensure your extraordinary results. Call today to schedule an appointment!

Century Dental and Seaview Dental with offices in Jackson and Eatontown, notes that modern dentures are extremely comfortable, easier to chew with, and last longer. They look great as well, and most people can’t tell the difference between dentures and real teeth. However, as the technology improved for false teeth, so too did the technology improve for the care of your real teeth, leading to the need for dentures to be considerably less today than in the past.

HOW CENTURY DENTAL AND SEAVIEW DENTAL CAN HELP WITH DENTURES

As part of our restorative dental practice, dentures are offered at our two convenient locations. Whether you’ve lost teeth in accidents or they have just worn out, we can help. With dental implants and partial dentures, you can have new teeth in no time that wonders for the functionality of your mouth.

Century Dental and Seaview Dental both offer a variety of materials for your dentures. We can help you choose which will work best in your particular circumstance. We will work with your dental insurance company to get you a best estimate of what they will cover and what your out-of-pocket expense will be. We offer payment online, as well as regular specials that are posted on our website. Check back often for details.

NEED TO SEE A DENTIST? REQUEST AN APPOINTMENT

We are here to help you with general dentistry, cosmetic dentistry and/or periodontal treatment. Call the office most convenient for you to schedule an appointment. 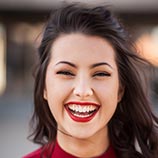 We are experts in giving ordinary people extraordinary smiles. We have nearly 40 years of experience in creating beautiful smiles for your special occasion, a job interview, and every day in between. 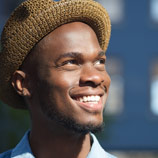 We are skilled in repairing damaged or broken teeth, creating dentures and bridges, and are often asked to solve dental problems that other offices have been unable to correct. We use the finest teeth and materials to give you a natural smile. 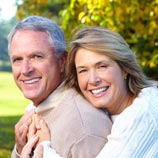 Bleeding gums, bad breath, gum recession, loose teeth or a funny taste in your mouth, are all signs of gum disease. Left untreated, these problems will impact your overall health. We have a gum specialist (periodontist) on staff to address these issues and help you return to good health.